Team ASEVeterans, formed by two current ASE members, Siwakorn (Ping) Srisakaokul and Zexuan Zhong, won the first place in the UIUC ICPC Spring Coding Contest held on April 7 by being the only team who solved all 13 ACM ICPC-level coding challenges. They were also the first to come up with correct solutions for 8 of the problems. 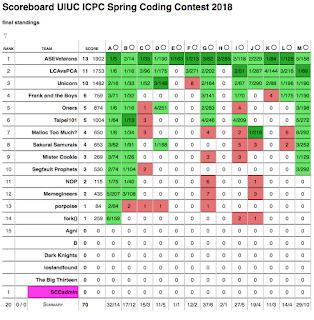 Scoreboard at the end of the contest 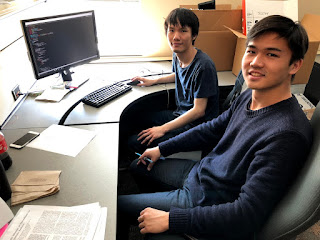 Ping and Zexuan working together