Siwakorn (Ping) Srisakaokul is one the three members in an Illinois CS Team (Poor Man's Shield) competing in the 2015 Mid-Central Regional contest for the ACM’s annual International Collegiate Programming Contest (ICPC) on Saturday, November 7, 2015. The team won the competition against strong opponents from other top institutions in the regional contest such as University of Chicago and Northwestern. More details about the contest are here.

Ping's team will move on to compete in the ACM-ICPC World Finals 2016 in Thailand (Ping's home country!) next May!! Wish Ping's team the best in the World Finals! 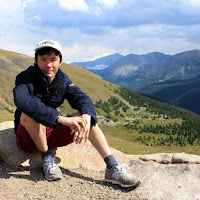